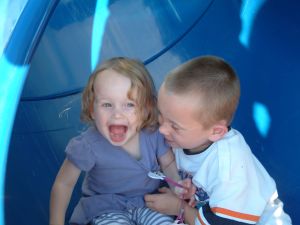 Close to the middle of September, we flew to California to visit our family out there and also to see some of the sights. Jeremy and Cynthia welcomed us into their home in Sunnyvale and allowed us to spoil the grandchildren just a little.

After only a couple of days, we met our friends Linda and Kuyler at the San Francisco airport and headed into the big city, utilizing the BART ( Bay Area Rapid Transit ) and a streetcar. Being deposited at Fisherman’s Wharf, we soon found our hotel, changed into walking shoes and headed off. Fisherman’s Wharf seemed like the place to start and we meandered through the stores, enjoying the sights until food and beverages were needed. Linda and Kuyler made it an early night while we continued to enjoy the city for a while longer. 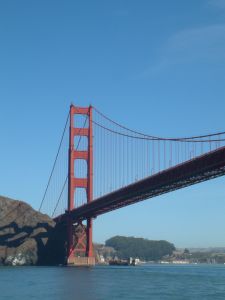 Daylight found us again out and about, with a boat cruise of the Bay first on our agenda. It was a perfect morning for being on the water with hardly a ripple on the water’s surface and only wisps of fog to be seen. A ride on the famous San Francisco trolley car was next and we stayed on until it neared Chinatown. That area was a very unique streetscape and the stores sold items that none of us had ever seen before. Back down the famous hills we trod with the next destination being the most crooked street, Lombard Street. My heels were blistered and these old knees complaining about all of the walking. So, the rest of the gang made the climb while I took a shortcut and awaited their arrival on flatter streets. Back to the hotel to get our gear and the gang separated then for a few days. Our 24 hours in San Francisco was over! Linda and Kuyler drove to the Sacramento area to visit his brother while we took the Caltrain back to Sunnyvale and another visit with the grandkids. 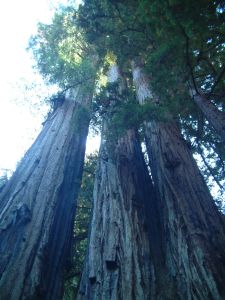 Monday morning found the fearless four headed southwest towards the coast and Big Basin Redwood State Park. Murray was in rally mode down the narrow, twisty roads and the trees lived up to their reputations. Photos cannot show their grandeur but it was very much worth the effort to spend some time in the shadow of these giants. 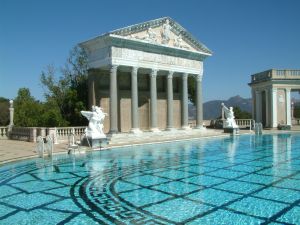 The coast highway drew us on southward with many beautiful vistas to stop and enjoy. Murray again was the driver of choice for this famous and dangerous roadway. The night was spent at a lovely hotel near Cambria, right on the beach. In the morning, we toured Hearst Castle and enjoyed the beauty and opulence of that place very much. The day continued warm and sunny while we shopped in the nearby village. 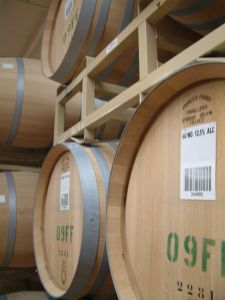 Northward, back across the foggy Golden Gate Bridge, Linda piloted us into the Sonoma Valley and the wine region there, destination Healdsburg. In the morning, we toured the Simi Winery, learning of all of the steps it takes to produce the wine we enjoy. Then, out into the countryside and more wine tasting followed by wine buying. With all of that wine before lunch, a nap was needed by all! Then, off to downtown and the unique shops there. Just looking, thanks.

After a leisurely breakfast, we turned the car back towards San Francisco with an unplanned side trip into Sausalito. The marina area drew us like a magnet with Murray spotting the biggest sailboat we had ever seen. She is the Janice of Wyoming and 130 feet long, with a composite mast that reached far into the sky. What a gorgeous thing!

After picking up a few bargains in a local shop, we crossed the Golden Gate, again in fog. Jeremy and Cynthia invited all of us into their home for the usual Friday evening pizza event. The fearsome four split up again here with Linda and Kuyler headed off to a hotel for a couple of nights. We, of course, spent some more time with our family.

Sunday morning came all too soon and it was time to fly back home again. Those twelve days just flew by.

Coughs and colds became the norm around our house for the next few weeks as we did the final jobs in preparation for our departure to the boat. The sewing jobs on the list were accomplished with replacing a fifteen foot zipper in the sailcover being the most difficult task. I don’t think that I will ever be nervous of sewing zippers again after putting that one in. I took some time out from the jobs to spend a few days up north with my mom, hopefully not passing on my cold to her.

But, now the house is ready to be abandoned, the car is packed to the roofline and we are ready for the next adventure aboard Windswept IV. Stay in touch with us when you can. We so enjoy hearing from all of you back here.

Take care of yourselves. Hugs from,